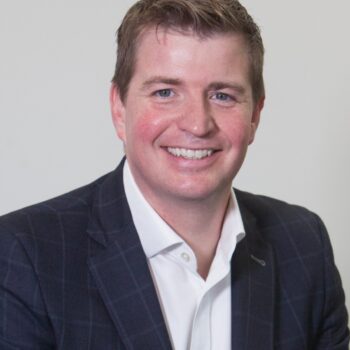 Rob joined Hills Numberplates in 2017, having assisted with its recent domestic and global acquisitions within the manufacturing industry whilst he was a corporate partner at Irwin Mitchell LLP. Rob was appointed Managing Director as of 1st July 2019.

The move completed an interesting career circle that has seen Rob start at his local Halfords (making number plates!), enjoy a year away from working at a law firm in Sydney, Australia, settle into the world of corporate law in Birmingham before “returning” to making number plates (albeit indirectly!).

These days Rob leaves most of the travelling to others and instead enjoys watching the odd game of rugby when he can. 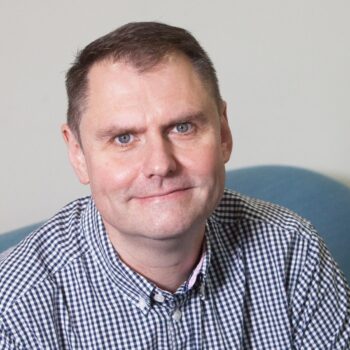 In 1998 Julian graduated in Marine Biology. To build his office experience, Julian joined Hills in 2000 as an Internal Sales Assistant. He is the Technical Director, responsible for managing and coordinating Hills group R&D activities fast forward to the present.

Outside of work, Julian enjoys watching rugby with his friends and fishing with his son (“and I don’t mean using him as bait, I use traditional baits, he fishes too,” Julian clarified). Julian’s lifelong goal is to buy a sailing yacht and sail the world. 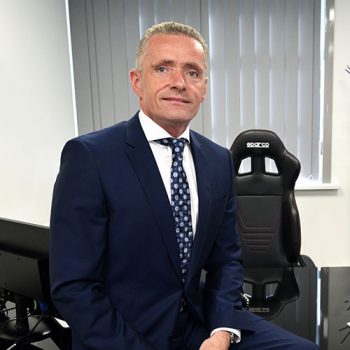 Richard joined the number plate industry in 1981, where he commenced his career in London. He started with the very basics of making a number plate, through hard work he quickly prospered to making business development decisions. Today as Chairman Richard’s motivation, positive energy and drive has developed the company into a global supplier with some of the best production systems in the world and a highly talented work force.

The man dubbed as ‘doesn’t have a stop button’ has a passion for motor racing and has been competing the British GT with the Ultratek Racing team, which Richard hopes will lead to his ambition of racing in the Le Mans 24-H. A family man at heart, his weekends are often tied up with entertaining his two children. 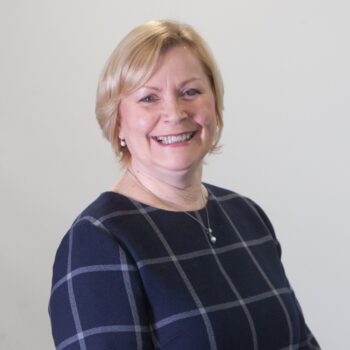 Kath joined Hills in 1999 as Finance Manager and became Finance Director in 2009. Kath’s primary function is to provide leadership to the Board’s Finance and Accounting strategy and to optimise the company’s financial performance and strategic position. During her time with the company she has seen many changes and is proud to be part of the Hills journey.
Outside of work Kath loves to spend time with her family and friends, and enjoys the theatre and concerts.

Favourite quote: Newton’s law “For every action, there is an equal and opposite re-action.”

Favourite quote “Negativity should be illegal.”

“Be strong enough to stand alone, smart enough to know when you need help and brave enough to ask for it.”  Zia K Abdelnour 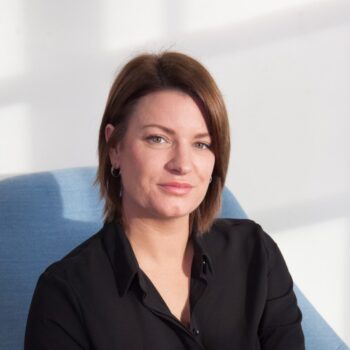 Victoria began her career with Hills when she joined the Internal Sales team at 16 after leaving school. She was promoted to Office Manager and then HR Manager through training and development in 2016. Victoria is responsible for the development of staff across the Hills Group.

Victoria has a great passion for skiing and has skied most places worldwide. Whistler Blackcomb is her next priority, and she will be arranging a ski trip with her son. At weekends you can find Victoria enjoying the outdoors on bikes rides and walks with her son and dog, Kippin. 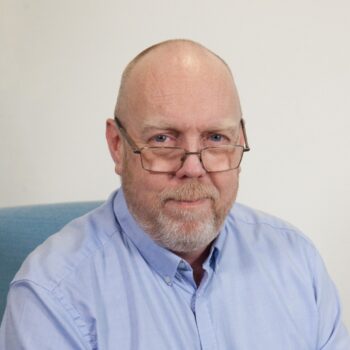 David comes from an Aircraft Engineering background where he was responsible for the maintenance and repair of aircraft for 24 years. He then became a Quality Manager for nine years. Dave joined Hills in 2017 with the company’s intent to improve and maintain the groups existing ISO9001 Quality Management System.

Dave enjoys Golfing, weekend getaways to places never visited and socialising with his local community (mainly at the local pub) in his spare time. 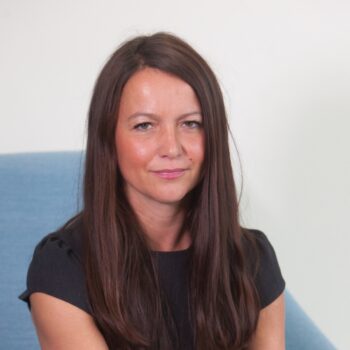 Nicola started her career at Hills in 2000 in the Internal Sales Team. Since then, Nicola has had the opportunity to progress within the company through various roles and departments, from Customer Services to Internal Account Manager, Production Assistant and her current role as Production Manager.

Nicola enjoys going to the gym with her partner and spending quality time with her two young children outside of work. Nicola’s love for travelling and experiencing new cultures has taken her to many places around the globe. Nicola enjoys nothing more than curling up with a good book at the end of a long day. 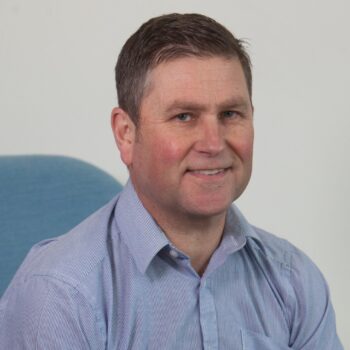 Pat is the backbone of Hills Numberplates; he keeps everything running smoothly day to day, including managing all machinery and tools and upgrading when needed to reduce risk and avoid downtime. He liaises with contractors to keep the facilities to a high standard. He is always constantly looking at new ways to improve efficiency and overall production.

Favourite quote “Tell me and I forget. Teach me and I remember. Involve me and I learn.” Benjamin Franklin 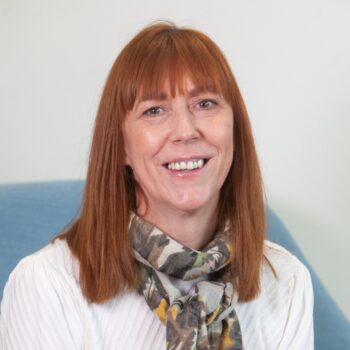 Sarah is the Accounts Manager, she oversees payroll and the accounts receivable and accounts payable, including managing a small team that look after customers and suppliers, by ensuring all incoming and outgoing payments are correct and completed on time. Sarah also works closely with the Finance Director supporting with monthly management accounts. 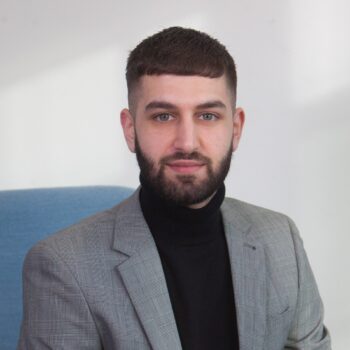 Zakar joined Hills in January 2015 as a Business Administration Apprentice for the sales team. After completing his apprenticeship, Zak was offered a full-time role as a Personal Assistant to Group Managing Director Richard Taffinder. During these years, Zak developed his business skills and understood how the number plate world works.
Towards the end of 2019, Zak then moved to the Purchasing Team. After 24 months of working as a Purchasing Administrator, Zak was later promoted to become one of Hills’ youngest active managers and is currently a Procurement Manager. As the Procurement Manager, Zak is responsible for evaluating suppliers, products, and services, negotiating contracts, and ensuring that approved purchases are cost-efficient and high-quality. 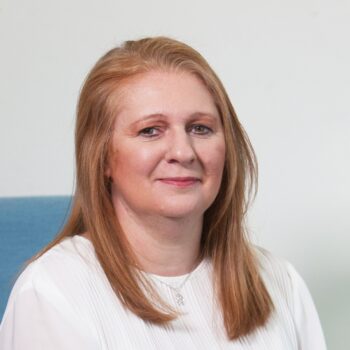 Shelley Stokes joined Hills Numberplates in November 1999 as part of the new Credit Control team after Head Office moved from London to Birmingham. After working within the team she moved into Sales Administration in May 2008. Her current role of Customer Account Manager, sees Shelley working alongside the Sales Administration Department giving support to the Area Sales Managers who are out on the field. She also looks after a number of major customers ensuring that, by working along side the Production Management Team, orders are supplied on time and in full. Shelley also works with the Managing Director analysing data to ensure that our customers are receiving the best service from the teams. 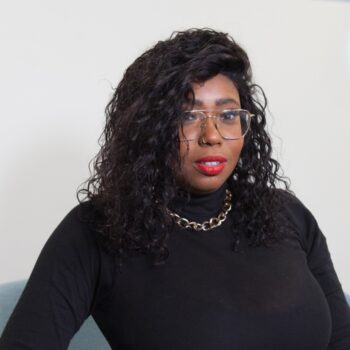 Lois joined Hills as a Marketing Manager; she is responsible for planning the promotion of Hill’s products, brand and services to drive sales and build awareness. Her duties include overseeing the company’s marketing activities, key events, branding and supporting different departments to ensure consistency. Lois also works closely with the MD on the overall strategy.

Favourite quote “The worst enemy to creativity is self-doubt.” 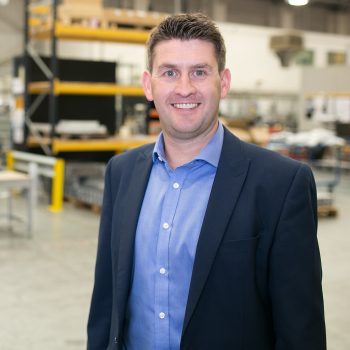 Gary manages Hills large group accounts across the UK. Gary has an abundance of sales experience with over 10 years at Hills and within our sister company Dual Metallising.

Gary lives in Liverpool and is a very keen Everton FC supporter, he travels the UK watching them play. He is fond of trips to European venues when they are fortunate to qualify for those competitions. He is devoted to his family and enjoys dining out with his fiancée and young daughter. 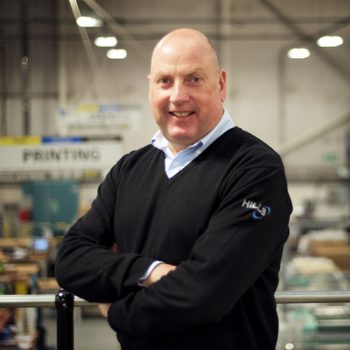 Richard played cricket for Wolverhampton and dreamt of opening the bowling for England one day. Since the day he met his wife, he has been planning a trip to the lovely island Bora Bora. Children came along quite quickly, so Bora Bora has been put on hold. Now Richards’s weekends are spent cheering from the crowd for his children at netball, football and cricket matches. 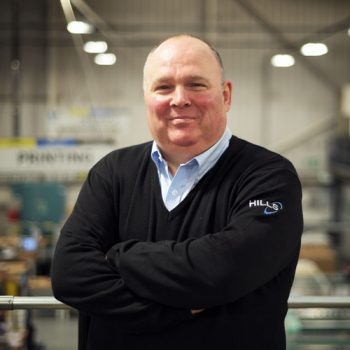 George covers Scotland and some of the North East area. George joined Hills in 1992 as a Delivery Driver, when the digital revolution took over at Hills he moved to the Engineering Division. In 2010 George became an Area Sales Manager for the North.

George’s favourite sport is football along with horse racing. He has backed a few winners in his time but probably a lot more losers. For Georges’ 50th birthday he took his son to America to watch the iconic Wrestle Mania. After enjoying the lifestyle in the states George has made it his aim to visit America more often.

Favourite quote “Nil satis nisi optimum – Nothing but the best is good enough.”

Favourite quote “Believe you can do it and you’re halfway there.” Theodore Roosevelt

Favourite quote “Every problem has a solution.” 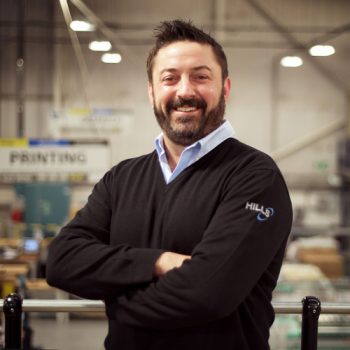 Chad covers the North of England and the North of his beloved home land of Wales. Chad brings a great deal of sales experience from various sectors having worked in the BMW network and small family businesses. Chad was recruited as an Area Sales Manager at Hills in 2016.

Chad has a passion for Welsh Rugby and tries to encourage his two children to cheer for Wales whenever they’re playing. He has little success at this. He has already started training his young ones and hopes to one day play alongside them on the rugby field. 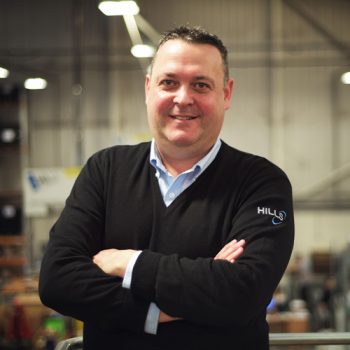 David covers the South East, North East, and Midlands area. After studying for a diploma in Business and Finance he worked for British Rail in the Planning Department. He then joined a small family business and focused on customer account management. In 2015 David joined Hills as an Area Sales Manager.

David played football for West Midlands County in his younger days, however didn’t continue with the sport when his eye sight weakened and seeing the ball became difficult. A diehard West Bromwich Albion fan, he’s supported them since buying his very first season ticket with his Father and Grandad.

Favourite quote “Life doesn’t require that we be the best, only that we try our best.”