Raise your profile with UltraTek the ultimate number plate

After months of Research and Development we are proud to announce the launch of our latest evolution of the number plate, UltraTek. UltraTek meets all required British Standards and is easy to install using standard number plate fixings. It is available in a number of sizes and is expertly produced in the Hills factory. UltraTek really is the Ultimate Number Plate with its distinct raised characters and design. 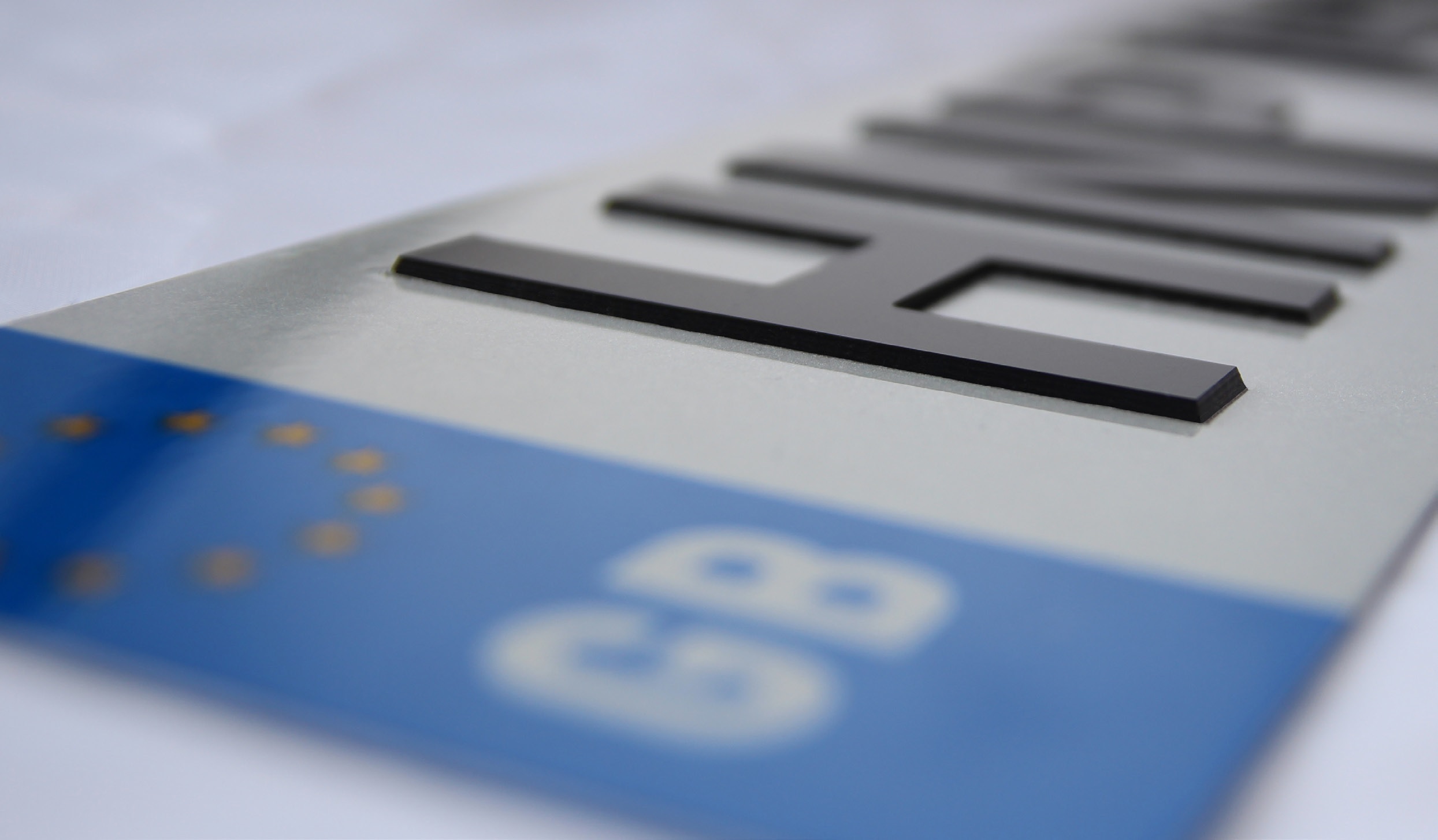 To support the launch of UltraTek we have produced a full marketing and point of sales package which includes an embossed postcard style leaflet, impactful presentation boxes for showrooms, a retail POS display and a video highlighting the highly skilled manufacturing process. To watch the product being manufactured please click here. To find out more please contact your Area Sales Manager or call 0121 623 8050.

With the majority of our customers enjoying the benefits of MetaTek we wanted to take the opportunity to refresh our customers on the best way to fit our aluminium plates, plus a handy refresher guide for those who make their own plates on site. We have just launched a video guide to help our customers get the best finish and fit when using MetaTek. The video is now live on our website and worth a watch if you either produce or fit MetaTek plates on site.

We have been working hard with our ready-made plate customers throughout this quarter to roll out the switch to MetaTek from both HilTek and Acrylic plates. We have been overwhelmed by the uptake with the majority of Hills customers having now moved to MetaTek. This is due to the superior quality of the MetaTek plate, its environmental appeal and durable nature. Adrian Berry, Sales Director commented, “Due to MetaTek being such a dominant share of our business, it was logical to move our ready-made plates service to the new highly successful aluminium number plate.”

Hills have teamed up with International Institute for Product and Service Innovation based at The University of Warwick. Funded by the European Development Fund the Institute help SME’s across the West Midlands to develop new and innovative products. Currently Julian Caine, the Hills Product and Purchasing Manager, is working closely with the University on projects, which include the next generation of theft resistant number plates.

It’s been a period full of awards for Hills over the past few months, not only has Richard Taffinder been crowned with the ‘Midlands Ernst & Young Entrepreneur’ of the Year award, but the team at Hills were very proud to be shortlisted in the final 6 of the Midlands Regional finalists for the HSBC Global Connections Awards. After much hard work, we attended the presentation day and awards evening and whilst we sadly didn’t win, we were truly honoured to be recognised against many established and much larger Midlands companies. 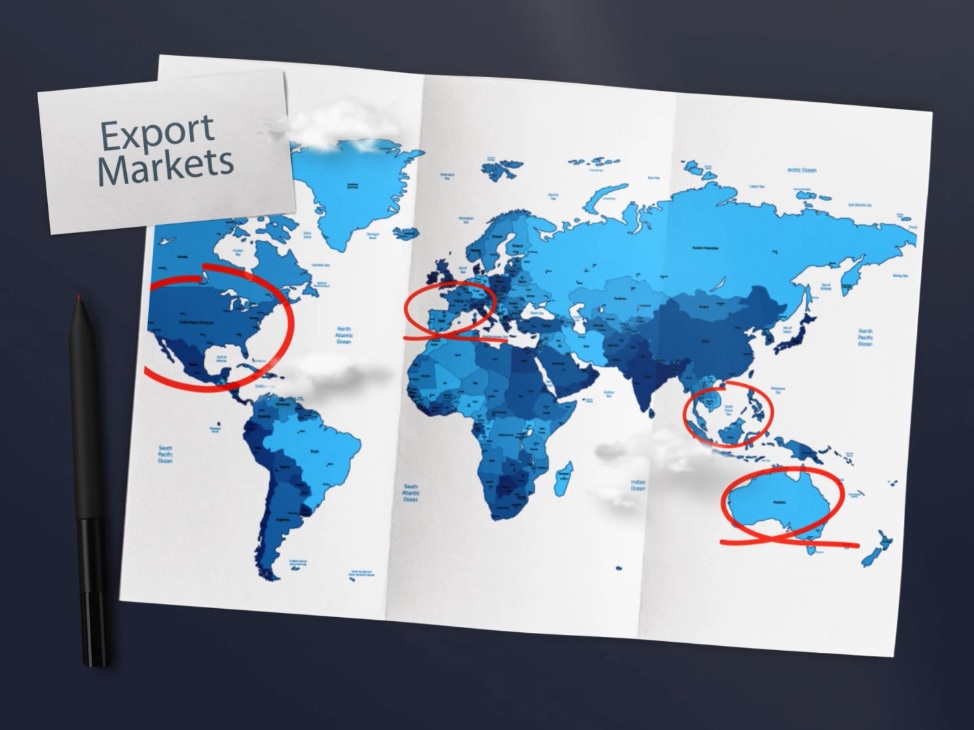 In our regular focus on the people behind Hills, in this edition we are focusing on the Accounts team. They are the beating heart of any company, and everybody’s favourite department come payday! Under the diligent leadership of Kath Jenkins, our Financial Director, Sam Blake, Sarah Jenkins, Evelyn Williams and Leanne Perry skilfully manage the financial affairs of Hills, from invoicing our customers to paying our suppliers. They are also masters of reporting giving accurate data that helps guide the financial success of Hills Numberplates.

Bean busy in the bath

Sarah Dobbins from the Eyeway Signs team completed 7 hours in a bath of baked beans during Dementia Awareness Week to raise money for The Alzheimer’s Society. With a visit from the Alzheimer’s Society and generous donation of a bath and over 300 cans of beans from Bathroom City in Birmingham the event was a great success and over £1300 was raised, which is a fantastic achievement! 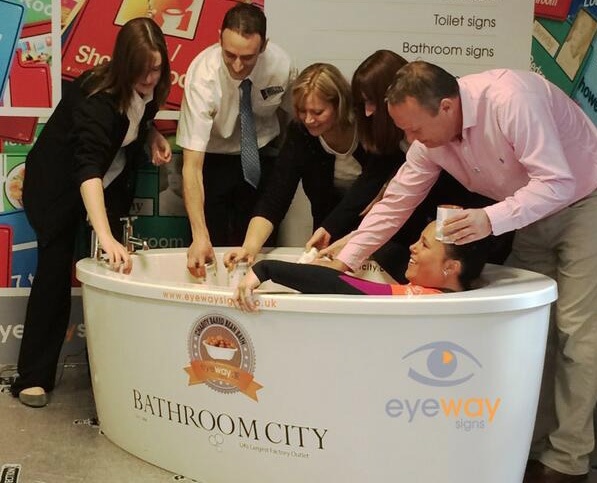 On the Menu Board

Eyeway Signs have launched new menu boards. The boards allow customers to display each day’s meal choices in a clear and simple format. A great alternative to the traditional notice board it uses clear graphics and illustration’s to explain the day’s menus. Eyeway Signs bespoke design service allows customers to customise their order from colours to logos and this unique feature has been very well accepted at recent exhibitions. 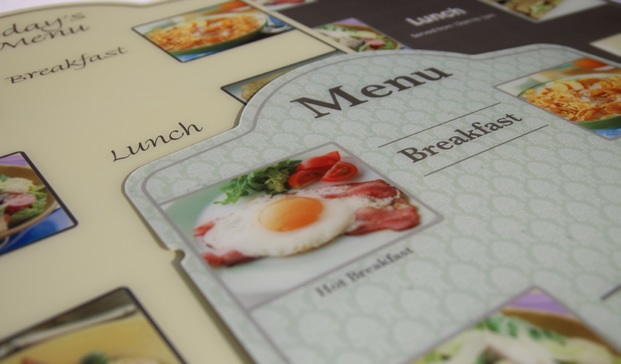 “It’s all about the journey not the destination”

Just after the sun rose on the 21st of June, eight intrepid explorers from Hills Numberplates and Eyeway Signs set off on their way to conquer 50 miles in 24 hours, across the Pennines, a rugged route known as “the Backbone of England”. For those who not have visited the area, its landscape of steep sided valleys, rocky outcrops and moorland would deter the most avid walker but natural beauty only helped spur on the team. With 29 teams at the start, the miles took their toll and only 12 exhausted teams crossed the finish line with all team members, the Hills & Eyeway Signs team finished in 6th place with all members in tact with a truly impressive time of 20 hours and 10 minutes. 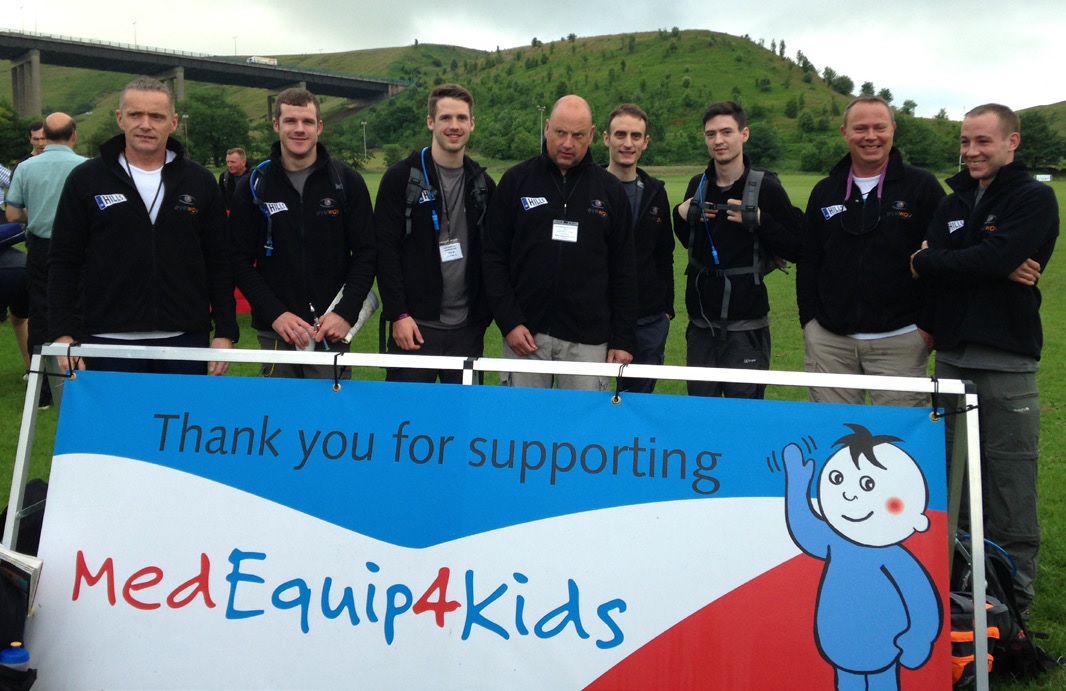 Danny Floyd from the Trek 50 team commented “Everyone who took part knew it would be a tough challenge but I don’t think any of us realised just how hard it would be in reality, crossing the finish line together was fantastic, a tremendous effort from a team consisting of people from different parts of the business pulling together to raise over £3000 for MedEquip4Kids”. It is not too late to help the team raise even more money for this well-deserved charity, our just giving page can be found by following the link below www.justgiving.com/EyewaySigns.

Whilst only the intrepid eight took to the Pennines, the rest of the company offered their support from the comfort of the pub, participating in a Charity Pub Quiz. As expected, the eventful evening saw the teams battle it out in a number of rounds, one of which even saw Richard Taffinder along with colleagues, mummified in toilet paper. All donations from the raffle at the quiz went to the TREK 50 Teams fundraising event and photographic evidence can be seen below. 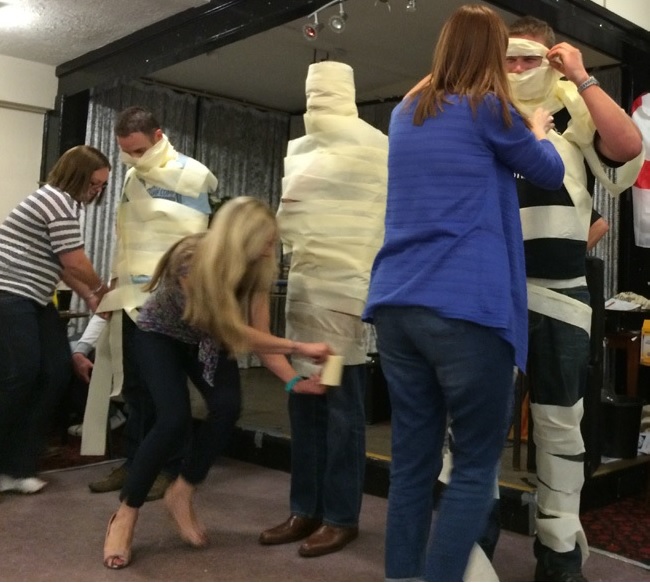 Hills would like to say a very large congratulations to;

Bobbie Thompson from Operations who is marrying his Fiancée Julia in August.

John Mitford the Hills Resident Designer who turned 50 in March.

David Coughlan from the Service Department who became a first time father with the birth of David Adrianos Coughlan.

Nicola Gibson was welcomed back to Hills after spending three months travelling in Australasia and the Far East.